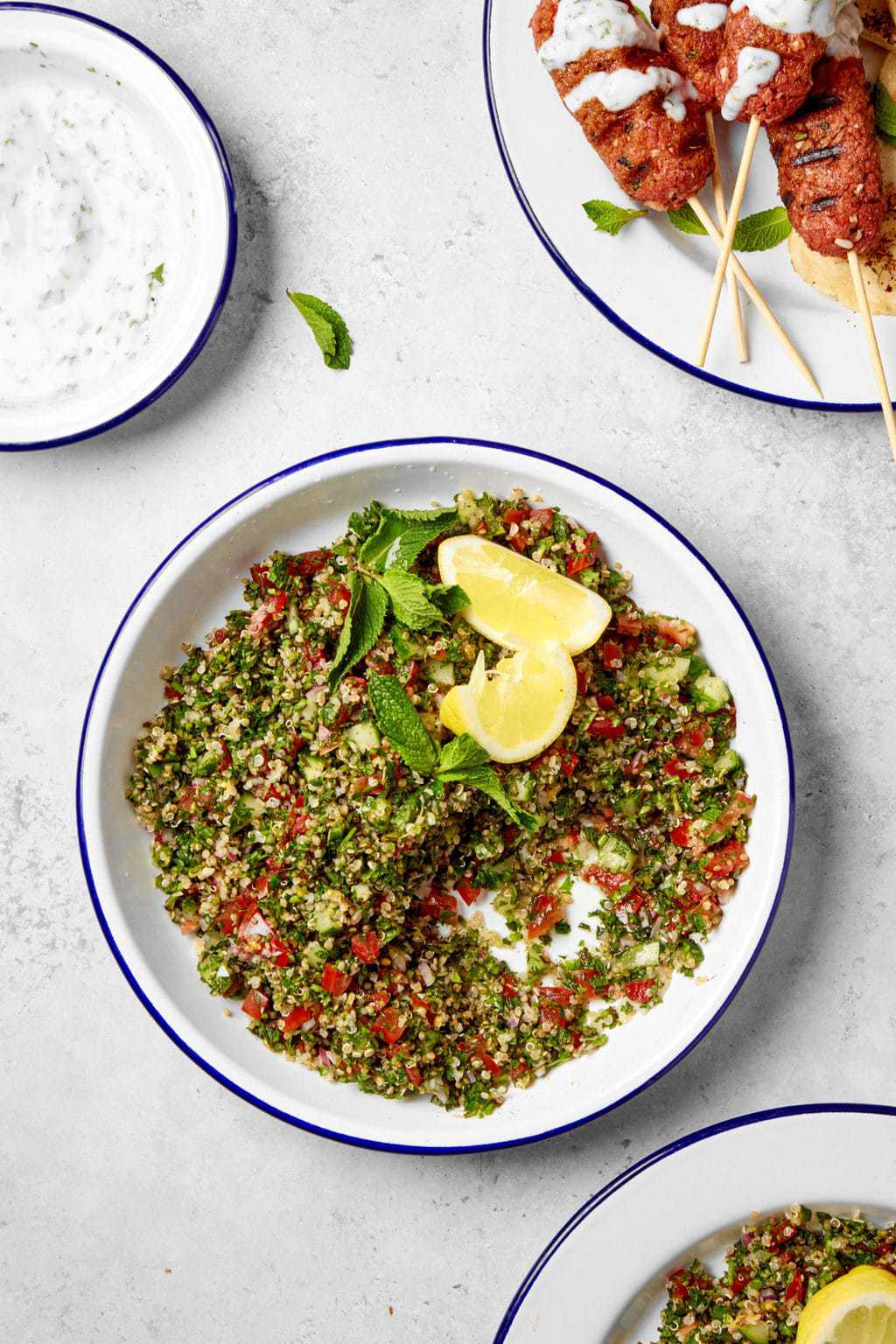 This recipe for quinoa tabbouleh is a gluten-free take on the iconic parsley salad that no Middle Eastern feast is complete without. If you’ve ever had a falafel kebab or been out for a Lebanese meal, you’re no stranger to tabbouleh. Tabbouleh is a fresh, flavourful salad that no Middle Eastern feast is complete without.

Traditionally tabbouleh is made with bulgur wheat, but this version made with quinoa is my gluten-free take on the iconic parsley salad. Although not quite the same, quinoa’s small grain size and nutty flavour makes it a great substitute for bulgur and let’s not forget that parsley is the true star in this dish. As Ottolenghi says “. . . this is essentially a parsley salad, not a bulgur salad”.

The secret to good tabbouleh is the herbs, their quantity and their treatment. While I’ve added a little less than most Lebanese chefs would care for (around five times less because unless you live near a middle eastern grocer, you probably won’t find 250g bunches of parsley), I did take the time to plunge the parsley in ice water, dry it completely and cut (not chop) it very finely and very carefully.

It’s important to cut the herb as finely as you possibly can without bruising or mashing it. Sure it requires a bit of patience, but there’s nothing worse than a mouthful of almost whole parsley leaves. Put the quinoa on to cook first, so it has time to cool before you add it to the tabbouleh.

While I’m sure you’re desperate to get the herb chopping out the way, the next best thing to do is chuck the onion and garlic in a bowl with the lemon and salt. The acid from the lemon will dull the bite from the aromatics and prevent them from overpowering the salad.

Then you’re free to turn up your favourite tunes and get lost in some careful herb preparation.

If you liked this recipe for quinoa tabbouleh, I’d love your support on Instagram (where you can also find a reel for visual instructions!), click here to follow.

To a small pot, add the quinoa, water and pinch of salt and bring to a boil. Once boiling, reduce the heat to a gentle simmer and cover the pot with a lid. Cook the quinoa for 15-20 minutes or until the quinoa grains are tender and translucent. Drain the quinoa and rinse well using a fine-mesh sieve.

Combine the onion, garlic, salt, lemon juice and zest in a large bowl. Mix well and set to one side (allowing the onion and garlic to marinate in the lemon juice will remove some of their bite).

Cut the cucumber in half lengthways, remove the seeds with a teaspoon and discard. Finely chop the cucumber and add to the onion along with the chopped tomatoes.

Plunge the bunches of mint and parsley in ice water to wash and then very gently pat the herbs dry (the ice water will firm up the leaves making them easier to cut). Remove the woody stems from the mint and discard them. Use the sharpest knife you have to carefully cut the parsley and mint leaves as finely as possible.

Transfer the chopped herbs to the bowl of onion, cucumber and tomato, add the pepper and cooked quinoa and mix well. Adjust the seasoning to your preference. 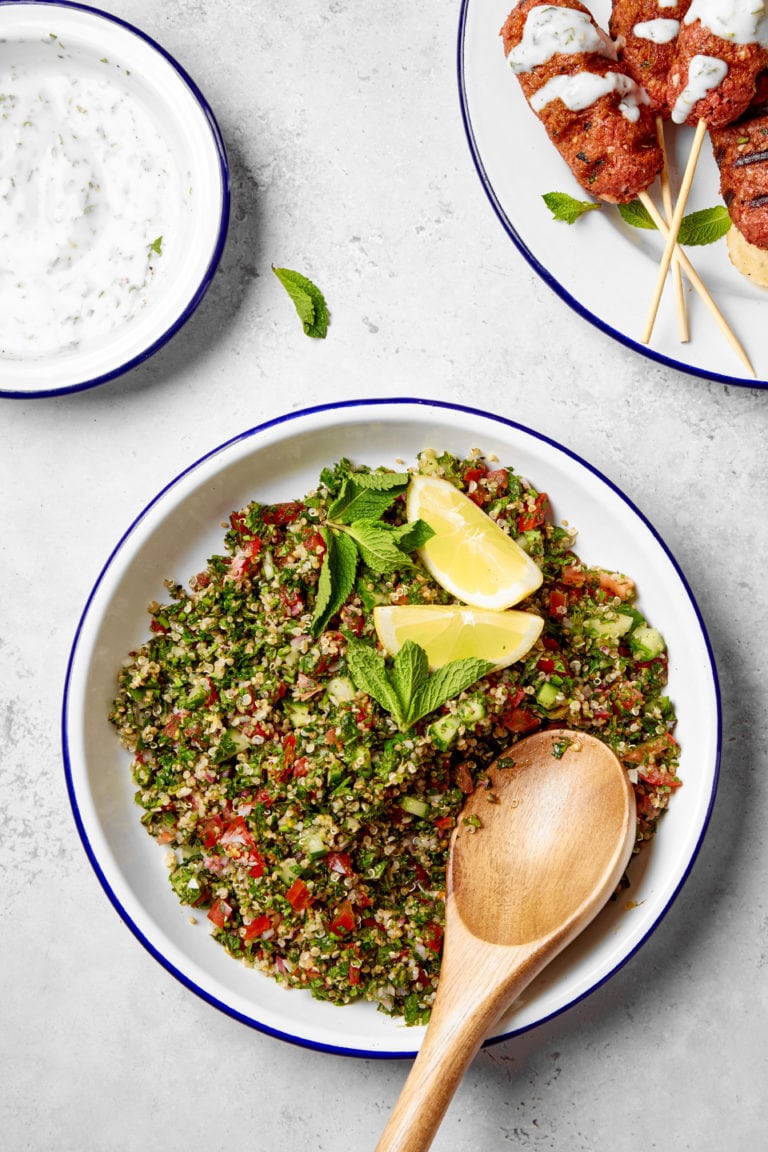 Recipe to serve this Quinoa Tabbouleh with