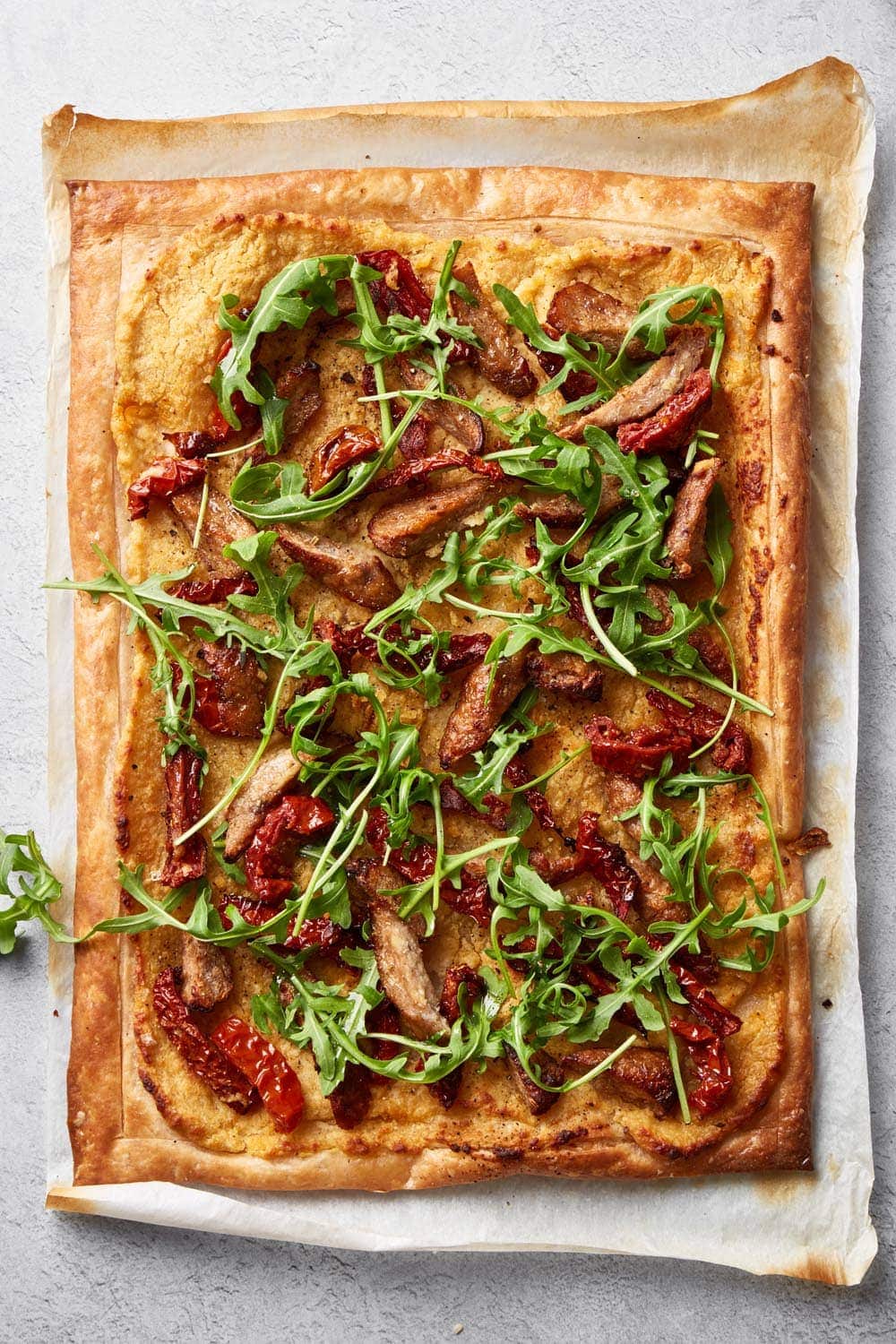 This vegan puff pastry pizza recipe is ready in 30minutes and uses just five ingredients, if that sounds too good to be true just wait until your first bite!

There’s nothing better than pizza straight out of a wood-fired oven. I love a thin, chewy base, a delicately blistered crust, a rich tomato sauce and piles of fresh basil, but when you’re gluten-free AND vegan, finding a pizza you can eat is like finding a unicorn.

I’ve got a great recipe for easy gluten-free pizza but sometimes when Friday night rolls around you’d rather skip dinner than start making a yeasted dough. Well, this puff pastry pizza is the perfect Friday night hack, you can have your pizza and eat it within 30mins!

The topping options are truly endless, but I’ve kept it simple to emphasise how fast and easy this meal is. I’ve swapped out the tomato sauce for a humble pot of hummus.

This might sound a little odd, but pizza sauce tends to make the pastry soggy, and hummus adds a wonderful creaminess which means you can skip the vegan cheese. I’ve used caramelised onion hummus but feel free to sub it for plain hummus or your favourite flavour. This is a fast, easy meal that uses just 5 ingredients and feels like a real treat! You can add whatever toppings your heart desires and I will include some suggestions in the notes. This specific combination is fire though and it’s a good balance of creamy, fresh and satisfying!

I’ve included all the notes for this vegan puff pastry pizza recipe at the bottom of the page with the hope of improving your experience here at blue border. If you found this useful, I’d love your support on Instagram, click here to follow. 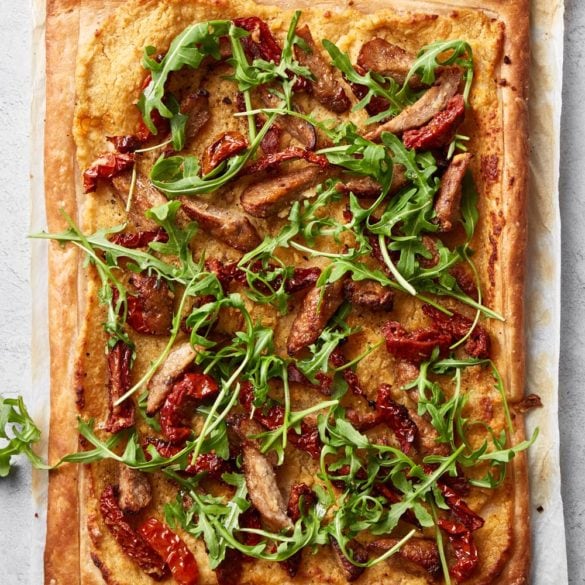 Preheat the oven to 200C/390F and pop your sausages in the oven while you prep your other ingredients (don’t worry too much about cooking time and temperature for the sausages, as they’ll go back in the oven when you cook the pastry).

Unroll the pastry onto a large baking tray (I used the Jul Rol brand, which is rolled in a piece of parchment paper but if yours comes without one make sure your baking tray is lined with parchment).

Use a sharp knife to score a 1-2cm border around the edge of the pastry. Spread the hummus across the pastry, leaving the border bare and scatter the sun-dried tomatoes over the hummus. Remove the sausages from the oven and roughly chop them before adding them to the pastry.

Drizzle 1-2 teaspoons of the oil from the sundried tomatoes over the pastry and season with salt and pepper. Bake for 15-20mins or until the base of the pastry is golden.

Top the pastry with handfuls of rocket, slice and serve. 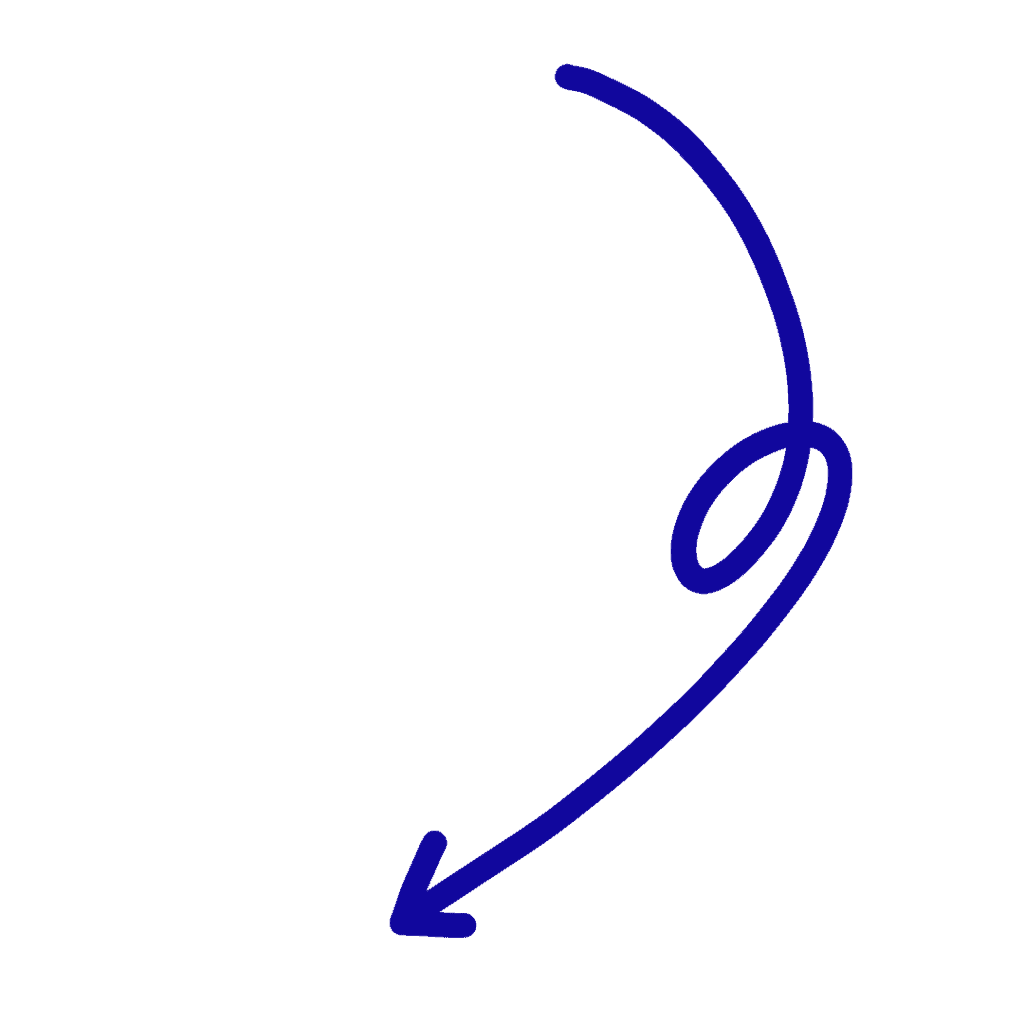 I used the Linda McCartney Red Onion and Rosemary sausages which are accidentally gluten-free. The Linda sausages are my favourite vegan sausages, and this flavour was perfect with the caramelised onion hummus.

You can sub vegan sausages for chicken pieces, pepperoni slices, meatballs or leave out the faux meat and add mushrooms or marinated jackfruit.

I used the Jus Rol gluten-free puff pastry. Jus Rol is a UK based brand and, I’m not sure if you’ll find a vegan puff pastry that’s also gluten-free elsewhere. If you fancy making your own, I highly recommend the recipe by Aran Goyoaga in her book Cannelle et Vanille (I subbed the cultured butter for a vegan one).

If you’re not sticking to a gluten-free diet, most puff pastry brands are accidentally vegan – just make sure to check the ingredients.

When it comes to store-bought hummus, always look for one that has a high percentage of chickpeas on the ingredients label. I’m not one to buy low-fat products, but sometimes with hummus, the lower fat varieties have more chickpeas and less vegetable oil.

I don’t blame you if adding hummus to a pizza made from puff pastry feels like crossing too many food boundaries. As mentioned in the intro, I don’t recommend a pizza sauce as the pastry can end up soggy instead, sub the hummus for a vegan basil pesto or a red pesto.